End of Year Reflections
This is a time of year when legislators reflect upon the bills passed and start drafting legislation for 2014.  In this context there were a surprising number of bills which became law despite what seemed like a slow pace or gridlock at times:

Sorry if I missed what you felt was of major importance, but there were over 300 pieces of legislation approved out of the 6,410 bills introduced in 2013 as of this writing.

Now as we turn the calendar, a lot of people are wondering what lies ahead.  With Speaker Madigan’s control of the legislative process, most crystal balls are foggy at best.  Mine is no better, but revenue will be a big topic.  While a large majority of people say they want reduced taxes, when forced to say what services they would cut, a significant number of these people switch to supporting higher taxes.

Will that be the outcome of our budget negotiations next spring?  The legislature either needs to make $2 to 3 billion cuts in spending for education, healthcare, social services, safety and roads or find a way to sustain our current revenue.  The temporary 5 percent income tax will sunset in 2014 and take with it over $7 billion in revenue by 2016.  Even counting on $1 billion in smaller pension payments next year due to the pension reform, that’s still a big cut in services.

The debate then will focus on extending or making permanent the current income tax, passing a constitutional amendment for a variable tax rate depending on one’s income, or passing a half-year budget and take up the tax discussion after the fall election.

Let me know your preferences on these important decisions.  I will be asking constituents as I travel around the district, visit local government meetings and hold town hall sessions.

Don’t Let Your Holiday go up in Smoke
The State Fire Marshall urges citizens to enjoy the holiday season but to take precautions to avoid fires.  Holiday decorations that include live Christmas trees with lights, paper decorations and candles may look pretty but they bring the potential for home fires and loss of life.

Remember, a candle is an open flame, which means that it can easily ignite anything that can burn.  Think about using flameless candles in your home.  They can look and smell like real candles.

These tips are from “Candle with Care” according to the National Fire Preventions Association:

Historical Society Offers Scholarships
Students and teachers: use your holiday break to apply for $1,000 in cash and recognition in Springfield at the Governor’s Mansion.  The Illinois State Historical Society is accepting applications by January 31 for two $1,000 scholarships that will be awarded to a high school student and teacher.  The application for an outstanding history or social studies teacher is intended to recognize and reward a full-time teacher for outstanding contributions to the study and teaching of state and local history.  The annual award is presented in honor of Olive Foster, former Illinois State Historian.

The student award will go to the best 1,500-word essay from a high school student about Abraham Lincoln or a significant event in the Civil War period in Illinois.  The essay winner will receive $1,000 and have the essay published in an upcoming issue of Illinois Heritage magazine.

For details about the contest and application information, go to www.historyillinois.org.

The Importance of Local Museums
Our area is fortunate to have a number of museums recording the history of communities, exotic animals and even innovations that have occurred here.  The DeKalb Area Agricultural Heritage Association (DAAHA) has brought together innovations in crop seeds, farm machinery and barb wire in its museum at 111 South Second Street in DeKalb.

If you are looking to get out of the house over this holiday season, take time to visit our local museums with your guests from out-of-town.

The agricultural museum recently received a donation from Enbridge Energy to assist in developing public programming about the history of agricultural innovations.  It’s important to not only encourage innovation that is the spark for economic growth but also to educate future generations about the local innovations in our food production industry.

Enbridge transports over 84 million gallons of petroleum per day through its pipeline on the western side of DeKalb County to be refined into products we use every day.  The corporation has a strong interest in being a good neighbor and its employees are actively involvement in organizations serving our communities.  More information about DeKalb Area Agricultural Heritage Association (DAAHA) can be found online at www.daaha.org.  More information about Enbridge Energy can be found at www.enbridgeus.com. 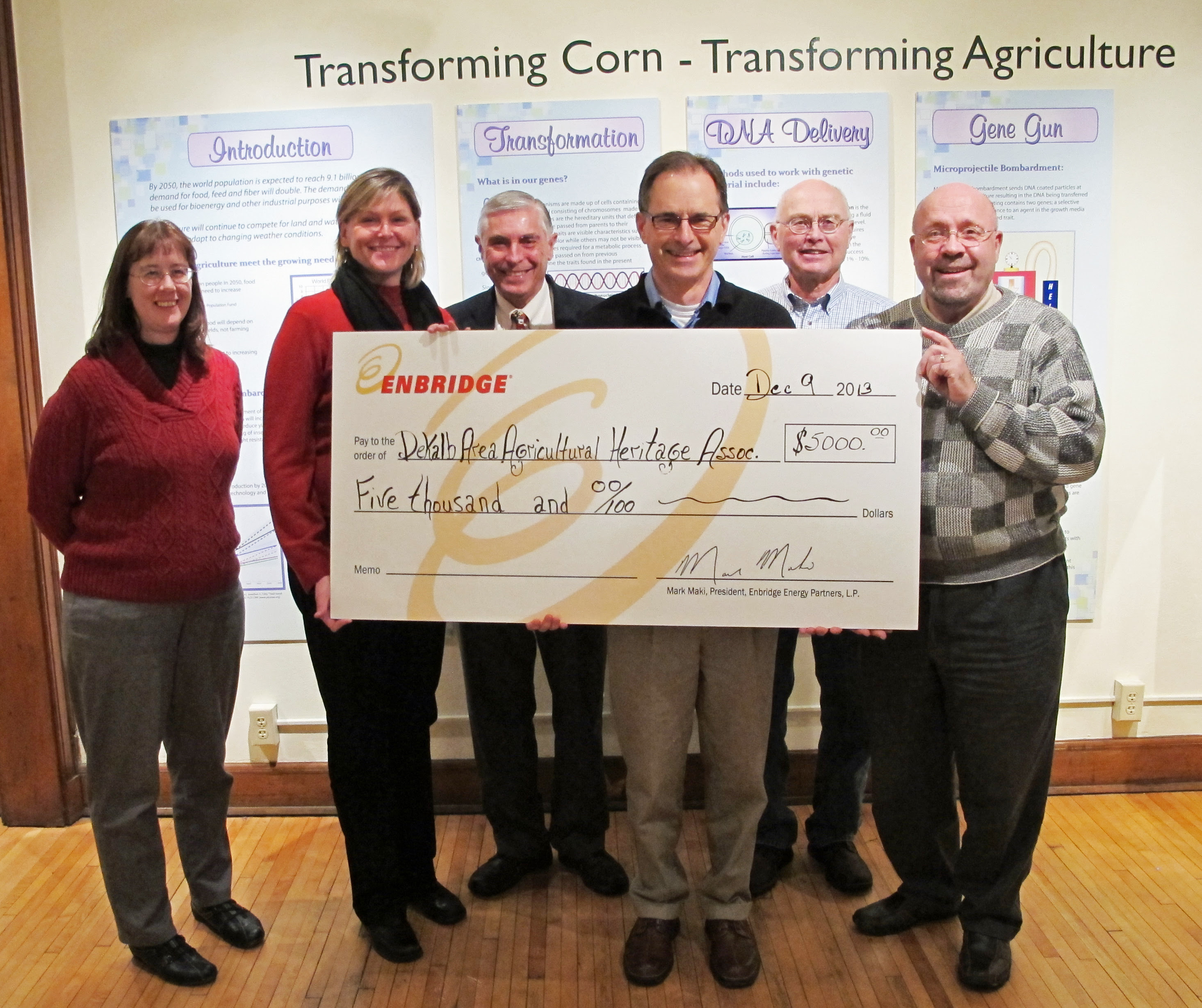 You’ve Got to Show Up to Learn
You may have missed the news story about student truancy in the Chicago Public School system but the problem does not stop there.  Even in my legislative district we have a growing number of students who miss school for a variety of reasons but they all add up to missed learning opportunities for students.

Truancy numbers are up significantly over the last several years, which have captured the attention of state as well as local school administrators.  In the DeKalb County Region, chronic truancy cases have increased 247 percent in the last three years.

I have been attending meetings about school truancy in the DeKalb Regional Office of Education involving all the schools in the region.  They are trying to intervene before students miss 9 unexcused school days.  The biggest problem is the lack the social and emotional supports – social workers, counselors, truancy officers and widespread behavior management programs – to help students deal with the social problems that get in the way of learning and keep them out of school.

The DeKalb ROE office has 1.9 positions– involving four truancy staff-to oversee attendance of the 17,205 students.  When students reach 9 unexcused absences they must attend a truancy hearing to see if the student needs court supervision to get back on track with attendance and learning.

Parents who don’t force students to attend school are part of the problem as are medical providers who give excused absences without even seeing the student.  Reversing the truancy trend will take resources and coordinated efforts of everyone.